The Crane’s Mill Courier is proud to share an inspiring true-life Alzheimer’s account along with some valuable information and helpful resources. 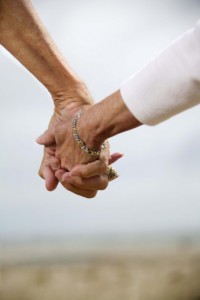 Oftentimes, Alzheimer’s Disease can seem mysterious and scary. That’s why it’s important to note each November as Alzheimer’s Disease Awareness Month. During this month, there are many programs and initiatives aimed at providing information to caregivers and loved ones, and further shedding light on this disease.

They say “knowledge is power”, and that rings doubly true when it comes to the health and well-being of ourselves and our loved ones. In that spirit, we are happy to share with you these links that provide a great amount of helpful information on Alzheimer’s Disease:

Plus, Barbara Davey, published author and Director of Community Relations at Crane’s Mill, has shared a heartwarming and insightful reflection on Alzheimer’s Disease. Titled “Teaspooned Victories”, this story appears alongside a collection of inspiring tales in the recently published book A Cup of Comfort for Families Touched by Alzheimer’s:

If I were to describe my grandmother, adjectives like “industrious,” hardworking,” and “productive” would come to mind. Born in 1901, she had witnessed two world wars, survived the Great Depression, and managed to provide a college education for her four children by working in a factory. She had accomplished all this before I made my entrance into this world in 1956. No Wonder I had never seen my grandmother idle; she had no time! The few occasions I can remember her seated in the “parlor,” she was busy, her workbasket at her side. There were always socks to be darned, skirts to be hemmed, and tablecloths to be mended. Even while relaxing, she worked, often with a rabbit-eared, black-and-white television tuned to a Sunday night program for company.

What an ultimate irony that such an active, productive woman should spend the last years of her life completely idle—first sitting in a wheelchair; then, lying in a hospital bed … initially, confused and frustrated, later, listless and vacant. Gram where are you? I remember silently asking. What happened to that vibrant, active woman, and who is this shell that had been left behind?

Now, looking back over the last few months preceding my grandmother’s rapid decline, I realize there were harbingers of the devastation to come. Why had I refused to acknowledge them remains a mystery, but back in the late 1960s, Alzheimer’s disease was not a commonly used term to diagnosis. It would take another decade to bring this condition to the forefront. Ironically, just as my grandmother and her peers had headed the country’s campaign to give women the right to vote in their youth, they and shined the nation’s spotlight on the issue of age-related dementia in their twilight years.

My grandmother’s descent into that lost world began with what I can only describe as inappropriate reactions to common annoyances. Things like a broken shoelace, a coffee spill, or a traffic jam would become catastrophic. What my grandmother would have usually handled with a shrug or a shake of her head would now evoke a sudden anger, a hostile outburst, and sometimes even tears. That she’s always had a calm and quiet nature made these behaviors even more bizarre.

Additional peculiarities soon followed. One day, for example, she picked up a bunch of bananas that were ripening in her kitchen. Gently, she proceeded to peel every one of them. When she was finished, she stared at the pile of yellow skins and white bananas for hours. Finally, she asked me what they were and how they got that way. Another time, she sat at the kitchen table, where she folded a linen napkin into a tiny perfect square. She stared at it, carefully unfolded it, and then repeated the entire process over and over again for nearly three hours.

While those incidents were disturbing, at least there were tranquil interludes among them, for which I would have been more grateful had I known what was to come. As my grandmother’s condition worsened, she became combative, bordering on abusive. One day she emptied her entire closet, and with her dresses, sweaters, and blouses draped over her arm, she announced she was leaving; it was four o’clock in the morning. When we gently attempted to restrain her, she became violent—thrashing, kicking, and demanding to be “let out” of the place she called home for nearly forty years.

Of course, our family sought medical expertise and professional assistance, but in the 1970s, such services were few and far between. The various diagnoses ranged from “hardening of the arteries,” senility,” “acute forgetfulness,” and “lack of short-term memory.” Those of us who have witnessed the odd behaviors, mood swings, and other devastating affects of Alzheimer’s disease on individuals afflicted with it, such descriptions bare scratched the proverbial surface.

Reflecting on the years of my grandmother’s “sickness,” I wish I could call to mind a blessing of some sort that this condition had wrought. I have rad that sometimes caregivers experience a Zen-like state while feeding a loved one, dressing a parent, or assisting a spouse in the simple activities of daily living, or “ADLs” as the professionals refer to such actions. According to many such testimonials, the very disease that consumed the life force of their loved ones with such a vengeance sometimes doled it back in measured teaspoons—a flicker of recognition, a whisper of a long-forgotten name, a trace of a favorite expression. Such small “victories” seemed to fuel these caregivers, providing them with some measure of comfort.

But I found no such solace. I was angry. Why should my dear grandmother, who worked so hard for so many years, be sentenced to ending her life in such a state? Why should a woman who had never known the luxury of leisure be spending her last years in a perverted, wanton state of it—languishing in a wheelchair and a hospital bed? Why should a woman who was so vibrant and so bright, who never drank, smoked, or gambled, be punished so severely? And selfishly, why should I be deprived of the grandmother I had loved? I had no answers.

After battling the disease for a dozen years, my grandmother passed on. Her funeral was almost a relief, as all of us felt the woman we had loved had left us long ago. Her memorial service was a final tribute to a woman her younger grandchildren had never had the privilege of knowing, as I had. Somehow, that “privilege” short-circuited my anger.

Years later, with the gifts of time and distance, I began to view my grandmother’s illness with more objectivity, if that was at all possible. And since her passing, I have come to appreciate what I refer to as the “randomness of life.” Unfortunately, just as random acts of kindness can bestow blessings to anonymous recipients from unknown donors, the antithesis can also occur: The first-time tourist to New York City who randomly enjoyed an early morning coffee on the observation deck of the World Trade Center on September 11, 2001, but never exits the building. The middle-aged couple from Denver who rang in the 2005 New Year vacationing in the Maldive Islands and is randomly lost in the tsunami. The child conceived by two healthy parents who randomly received from each the gene for Huntington’s disease.

I have come to realize that, although I cannot control any such tragedy—be it a terrorist attack, a force of nature, a genetic anomaly, or a disease—I can control how I handle it. My grandmother’s battle with Alzheimer’s disease was no exception.

Looking back, I wish I could have gotten past my own anger at that time. My perception was that somehow this disease was a personal one, a deliberate act against her, our family, and even me. It wasn’t. If I could have viewed her condition differently, perhaps I would have recognized and savored those teaspooned victories—the flickers of recognition, the whispers of a long-forgotten name, and the traces of a favorite expression. I wish I had.